My young nephew recently graduated from RMC and has learned the hard way that “no plan survives first contact” – a term well-understood in the military.  Similarly, a rigid strategic plan for your business is destined to fail because few of us are experts in predicting the future.

That means we need to develop new skills for staying focused on our end goal, and building speed and agility to deal with the speed bumps, unexpected detours, and straightaways that appear along the journey.  We need to develop early warning systems along the way to address the lack of flexibility endemic to the static strategic planning frameworks originally developed in the 1950s and still in use today, despite the accelerated rate of change in today’s business environment.

The outcome of conventional planning is often a two-inch binder that is inaccessible to most of the organization, and full of To-Dos that often reflect how we overestimate what we can get done in one year and underestimate what we can achieve in five years. While the binder or document creates ‘thud factor’ that makes those involved feel like they’ve accomplished something, it creates no involvement from the rest of the organization because any initiative undertaken has to actually be understood in context, worth executing and make a difference. In the absence of a true process, To-Dos simply get carried over from year to year, creating an ever-longer list and sapping everyone’s energy to complete them.

When I work with clients, we take a different approach.

In the military, they say “take that hill” and count on the leaders and rank and file to do whatever it takes to make it happen. That’s the level of clarity you need to communicate to every employee.

In a previous post, I mentioned that when I facilitate strategic thinking advances we end up with a one-page plan that has the organization’s biggest goals and annual theme statements looking several years out that provide the signposts towards the goal developed through a combination of left-brain and right-brain thinking.  The “How” remains flexible to adapt to changing conditions, but the “What” is unchanging.

We then take it one more layer, using the same process to focus on the few Key Initiatives – no more than 2 “hills”–that absolutely MUST be “taken” over the coming quarter.  We develop accountabilities that keep the “How” flexible and open to the creativity of every employee involved in it.  The “What” remains constant unless significant changes demand a pivot, in which case it happens strategically, not as a result of distraction by a bright shiny object.

Each quarter has a theme (a hill) that the entire company rallies around. Each theme taps into current knowledge of markets, customers, and other shifting forces to encourage relevant, creative thinking and problem-solving. Each theme has one person held accountable for its achievement, regardless of how many resources contribute. That’s the secret to creating the kind of speed, agility, and flexibility that gets things done.

When your people clearly know what hill you want them to take, they’ll get to the top come hell or high water.

I Dare You to Take This Challenge:

I had a funny experience a few years ago after a speaking engagement.  As part of being able to execute well, I’d asked the CEO attendees how they started their day.  Without exception, they said “email”.  So I challenged them – that rather than start their day with everyone else’s agenda, to start their day with the work of highest value that was most directly related to their strategic objectives.  They all nodded sagely.

Two days later the CEO of one of the mid-sized companies called me, somewhat frustrated but laughing at himself.  He said “Anne, I tried to take that challenge yesterday, and I tried to take it today.  Both days, I didn’t have any idea what the most important thing was that I needed to accomplish because I have so much on my list.  So I went back and did email for a couple of hours”.  Now I know why we have big plans but never make them happen!

Remember… that was the CEO who didn’t know how to get started!  And it was a powerful lesson that his people didn’t know how best to spend their time either.  That, my friends, is an absolute productivity destroyer.

Refuse to Settle for the Confusion, Rigidity, and ‘Busyness as Usual’ Stemming from a Lack of Clear Outcomes.

This is an idea that’s simple in concept.  Have EVERYONE in the organization become so clear on their role in the “What” that they start their day getting the right things done, and only then do minor tasks and busy work.

But its devilishly hard to put into practice without the right structures and tools to support everyday behaviors, and it takes time and experience to create the right support structures.  Without a clear structure that supports the next 1-2 strategic objectives that lead to the “What”, it’s easy to end up with a massive To-Do list of 50 items or more, many of which are bright, shiny objects full of further cascading To-Dos.  In the melee, Department A often wins at the expense of Department B.  Within those departments, the common gripe on the employee side is “here we go again.”  So many things get started, so many seem to be important, but so much ‘busyness’ as usual gets in the way that rarely is anything completed, due to alignment issues and productivity issues.  On the management side, it’s “why don’t they get it?” When To-Do lists become too large they become overwhelming and spread company energy too thin, instead try to remember – Less is More.

Humans can take just about any “hill” once they’re clear on the objective and when they’re involved and engaged in deciding how best to achieve that goal. Conventional strategic planning retreats will never get you there. Pivoting to a strategic thinking advance and remembering less is more WILL.

What have you done to keep your focus on a small number of hills instead of an entire mountain range?

#1 Bestselling Author, International Speaker, and Accelerator Anne C. Graham is on a mission to help 5 million business leaders and their teams double their profit per employee – or more – in less than one year, in less time per week than they’re spending on email per day. Her new book Profit in Plain Sight includes the 5-step proactive P.R.O.F.I+T Plan to do it.  Connect with Anne on Twitter and LinkedIn. 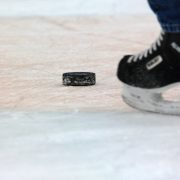 Wayne Gretzky’s Top Tip to Increase Speed, Flexibility, and Agility in Your Business 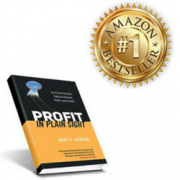 Your Summer Reading List: The Top 5 Books on Profit and Growth 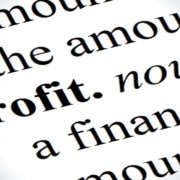 Getting Results from Revolutions, not Resolutions: Engaging Your Team in Everyday Profitable Behaviors 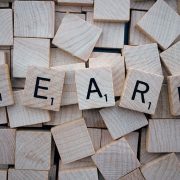 12 Motivational Quotes For Developing a Corporate Reputation for Quality 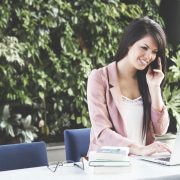 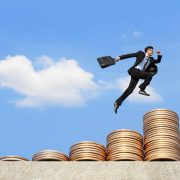 The Biggest Player in the Profit per Employee Game – Where do YOU Fit? 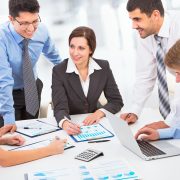 PART I: What do a #1 Amazon Best Seller and a GREAT business that’s #1 with its customers have in common? Just one thing…